We have published the MGOP Newsletter in preparation for the June 5th Republican Primary. You can view a copy of the newsletter here.

You can sign up for future issues of the newsletter by using the signup box on the right column of this page.

In honor of us all paying too much in taxes: 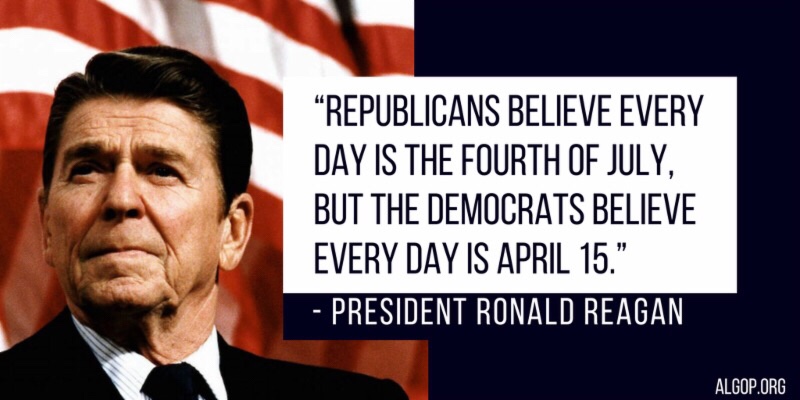 We have a lot of great candidates for the 2018 election, but we need your help! If you need ideas how you can be a Republican Activist, download our free guide here.

You can find information about our candidates at: https://mgop.org/vote

You can make a difference in the 2018 elections! 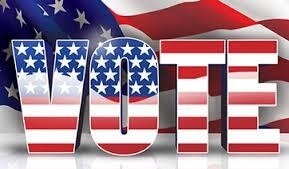 Congratulations to Rex Reynolds on his election as Alabama House of Representatives District 21. We are proud to have you representing Madison County! 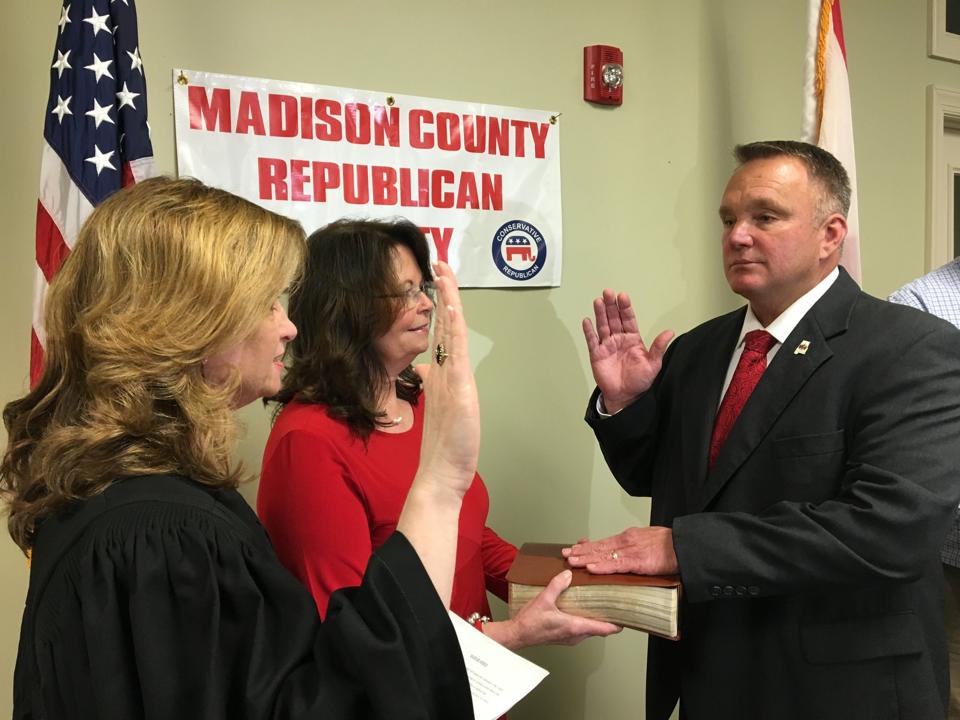 The Democrats said “No” to funding the government.

Say “No” to the Democrats in November!

The ALGOP 150th Birthday Celebration will be held at the Wynfield Estate in Montgomery, AL on Friday, October 6th at 6:00 p.m.

The last day to purchase tickets is September 29th. Get your tickets now to join for us for this once in a lifetime occasion.

The Alabama Republican Party was formed 150 years ago in Montgomery, Alabama in 1867 on June 4th and 5th.

“As the Alabama Republican Party celebrates our 150th birthday on Monday, June 5, we remember the patriarchs and matriarchs of our Party who laid a firm conservative political foundation for our state. We celebrate our hard work and remember those that never gave up in the fight to spread our message. We honor the voters of our state who stand shoulder to shoulder with us along with our elected officials who make policies that uphold our platform principles.”

“The ALGOP was the majority party in our state from 1868 until 1874. The Republicans gained back control in 2010, 136 years later. Today, Alabama is currently one of the most Republican states in our nation with one of the largest state parties.

“The Republican Party was founded as an anti-slavery organization. History shows us that our party supported the right for women to vote and demanded freedom and voting rights for African Americans. In 1874, there were 33 Republican African Americans elected to the Alabama State Legislature. It was the Democrat Party who fought against these issues.”

“We are proud to celebrate the formation of the ALGOP 150 years ago and our glorious history of supporting these simple human rights. Today, we are proud to support the rights of the unborn who cannot speak for themselves. Like most Alabamians, we believe that the free market knows best for our nation verses a cumbersome overreaching government. We will continue to fight and guard the principles and values of our Party’s platform.”

“On this sesquicentennial milestone birthday, we pause to recall America’s founding fathers and the great sacrifices they made to preserve our liberty and freedom. We remember those who have served in our military so we may keep the greatest nation on earth free.”

“So, Happy 150th Birthday to our Alabama Republican ‘family’! Your actions, prayers and devotion have changed our state and our nation for the better. We applaud you for remaining invested in our growth and for continuing to guard the historic strides we have made. Join us as we celebrate the past, present and the future of the Alabama Republican Party!”

“It is an honor to stand with our members, supporters and voters to continue our focus on implementing conservative policies for our state and our people. It truly is the best birthday present of all. May God continue to bless our nation and our beloved state. It’s great to be an Alabama Republican!”

Take a few minutes on this special occasion to read the history of the ALGOP at: www.algop.org/about-us/history-of-algop/

and visit the platform of the Republican National Committee at:
www.gop.com/the-2016-republican-party-platform/

At the May 20, 2017 Madison County Republican Mens Club breakfast, Madison County Sheriff Blake Dorning announced that he will not seek reelection in 2018. Sheriff Dorning has served Madison County for 35 years, where he joined the Sheriff’s Department as a jailer in 1983.

Blake Dorning was elected Sheriff and assumed the office in January, 2003.

We congratulate Sheriff Dorning on his outstanding career. We thank him for his service to our community and for his fine example as a public servant.

Sheriff Dorning will complete the remaining 18 months of his current term.

Update: You can watch Sheriff Dorning’s speech on this Facebook Page. He begins talking about 4 minutes into the video.

The Madison County Republican Executive Committee (MCREC) elected their officers for 2017-2018. Congratulations to our county officers!